Since 1962, communities throughout the country have been adhering to the required Drinking Water Standards that regulate fluoridation, however, these standards are usually enforced at a local government level and not at a federal or state level. The lack of a broader regulation has led to some states having higher than recommended fluoride in their water, such as in Texas.

Research by the Environmental Protection Agency (EPA) and the National Research Council (NRC) of the National Academies of Science) found an increase in the prevalence of dental fluorosis (white spots on teeth or pitting on the surface of a tooth), the relationship between water intake and outdoor temperature, and new fluoride sources outside of tap water (e.g. toothpaste).

This research led the U.S. Department of Health and Human Services to make the first definite change since 1962. The organization recommended that 0.7 parts per million (ppm) or mg/L is the ideal fluoride level for communities in order to maintain the benefits of fluoridation and avoid risk of dental fluorosis.

Yet 116 counties in Texas are currently above the recommended fluoridation levels, making the state the 16th highest fluoridation level compared to the other 50 states, affecting 8% of the population’s drinking water. 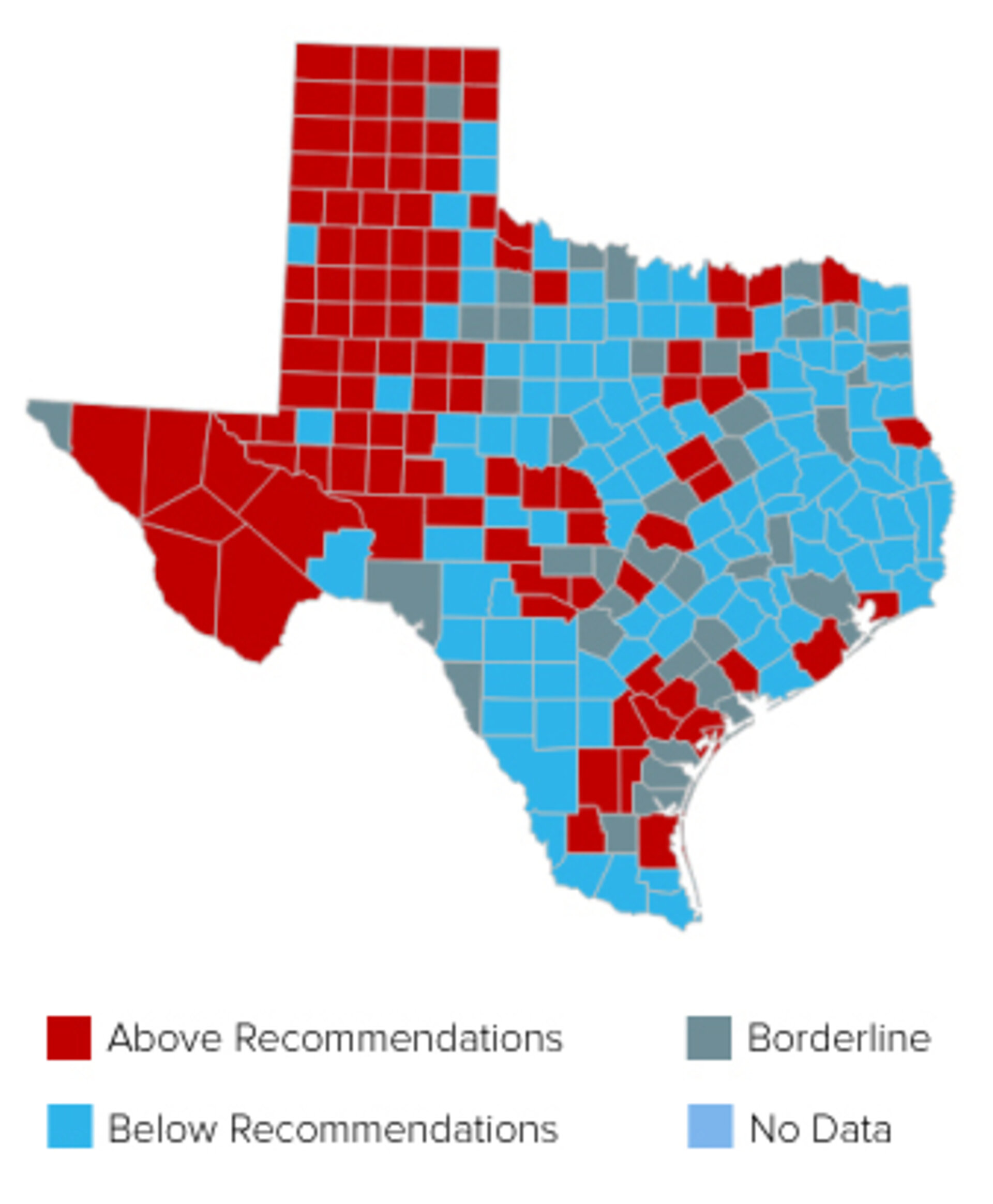 Although Texas has naturally high occurring levels of fluoride due to natural oil deposits, and rocks and sediments such as granite that add this natural fluoride to water sources, some counties area above others, such as Borden, Roosevelt and Hidalgo who are noted to have the highest in the states.

Despite this lack of state control, more and more cities have elected to remove fluoride from their water, including the city of San Marcos, TX (in Hays county) who fought against fluoridation for over two years. In November 2015, the city put the issue to rest as they voted against allowing the city to addfluoride to the municipal water.

While these recommended levels of fluoride have been proven to reduce dental cavities and are considered the most effective way to provide widespread dental protection to the greatest number of citizens, there are a still number of people who are worried that regular exposure to fluoride may have adverse effects on health.

However, individuals who believe the concerns associated with fluoride outweigh its benefits are able to take action for themselves, either by calling for more research to be conducted on the subject, or personally taking steps to eliminate fluoride from their drinking water.