The focus for 2018's World Oceans Day is to fight the plastic pollution pandemic that the world is currently facing and encourage solutions for a healthier, plastic free Oceans. Waterlogic is more concerned than ever before as we live in what is referred to as The Plastic Age.

The first commercial plastics appeared around 1950. Since then, we have produced nearly 9-billion tons of the material and at over one ton of plastic per person on the planet, scientists estimate just two-billion tons are still in use, while the remainder either sit beneath a landfill; or worse, pollutes our oceans.

Waterlogic choose to provide plastic free, bottleless water dispensers that can reduce your carbon footprint by up to 72-percent; which is a small step in redressing the plastic imbalance. However, the time has come to encourage others to act on a much wider scale and consider the choices that affect our environment. 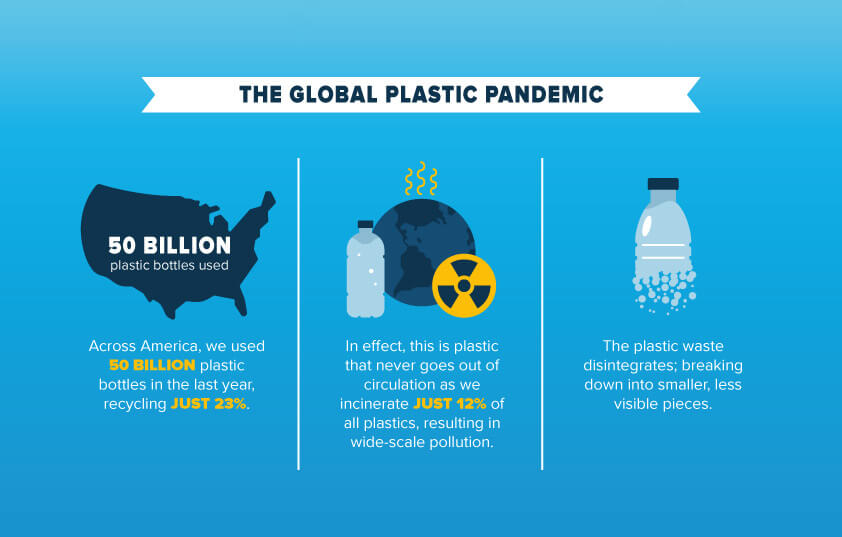 Are we drowning in plastic?

We have witnessed some of the effects of microplastic toxicity climbing through the food chain first-hand, as nature’s giants wash up on beaches across the world, such as the 6-tonne sperm whale that appeared on the Spanish coastline at the beginning of 2018. A less-understood risk hides in our fish supplies. Recent studies have highlighted upwards of 35-percent of fish caught for human consumption have plastic in their stomachs. These fish then suffer from symptoms such as weak liver function and reduced activity. Even if some are less concerned about the ocean, when a six-ton whale succumbs to plastic poisoning, should we not be worried about the side-effects on the entire food chain?

Mass-produced materials such as polyethylene (plastic bags) is a product we must remove and many authorities have already acted. Given researchers recently unearthed significant quantities of the plastic in arctic ice, policy cannot come soon enough. Unfortunately, due to state-by-state legislation, it is proving difficult to sway the nation against the bag’s inherent utility. Europe and the US have indicated ambitions to tackle the problem of plastic-based ocean pollution head-on. For example, Germany have introduced the German Packaging Act. This mandates recycling and targets retailers. If Germany can target 90-percent recycling by the year 2022, one can’t help but wonder, why can’t the rest of the world?

In response to the plastic crisis, many authorities are phasing out the use of plastic bags. Green indicates banned; yellow an imposed tax; orange a voluntary tax; and purple highlights regional-level taxes or bans. This is step one, but plastic bags are just the tip of the iceberg. 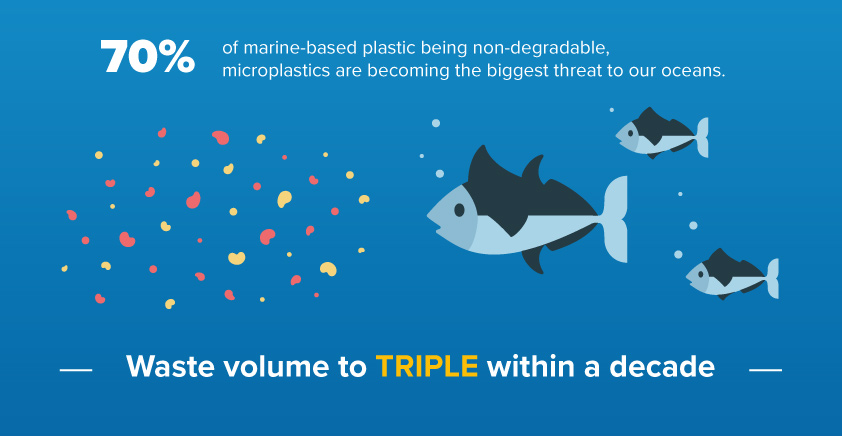 How do plastic water bottles impact the environment?

When thrown in the trash...

Bottles thrown into the trash more often than not end up in a landfill and just 9-percent of all plastics are recycled.

When tossed out a window...

When plastic bottles sit in the sun for an extended period, they eventually break down into microplastics, which animals mistake for food and ingest. If not eaten, the rain will wash the plastic into a waterway from where it will enter the ocean; and the food-chain.

When dropped at the beach...

The plastic may break down in the sun, but it will certainly end up in the sea. Why add to the plastic problem when you can invest in a reusable bottle?

What can I do to reduce my use of plastic?

2. Carry a cloth bag for shopping

3. Eliminate the use of plastic cutlery and straws

4. Switch from plastic to paper folders at the office

5. Try buying loose food like fruits and vegetables from grocers and farmer markets

2018 has become the year for eliminating plastic. This includes the World Earth Day focus on ending plastic pollution to the determination of World Environment Day which illustrated the risks of microplastics. It is not too late to make a change, but time is running out. We must act decisively and soon and every action must tackle the scale of the issue - from manufacturers to consumers and beyond.